Christopher Stanichar (b. 1969) is an active conductor, composer, and educator. He is a popular conductor, having directed some of the finest orchestras in Europe, Russia, Mexico, and the United States. Dr. Stanichar is skilled at conducting all styles of music, whether it is the classical repertoire, new music, or pops repertoire.

He has collaborated with a wide variety of artists, including Mark O’Connor, the rock band Kansas, members of St. Paul Chamber Orchestra, Cincinnati Symphony Orchestra, and many other world-class musicians. He is also at home as an educator, working with ensembles of all ages, and using his passion for music as a catalyst to get the best out of the orchestras he conducts. The Northwest Iowa Review noted: “ … We were impressed with Stanichar’s obvious energy, great joy of directing and outright enthusiasm.”

Dr. Stanichar is assistant professor at Northern State University, where he is also the director of the Aberdeen University-Civic Symphony. Celebrating its 100th season, Aberdeen University-Civic Symphony is the oldest continuous orchestra in South Dakota and attracts musicians from Minnesota, North Dakota, Iowa and the surrounding area. Dr. Stanichar is the 17th conductor of the orchestra, and proud to carry on the tradition of great orchestral music in the Hub City of Aberdeen.

Dr. Stanichar also is an active professional conductor throughout the Midwest. He celebrates his ninth season as principal conductor of the Northwest Iowa Symphony Orchestra, one of the area’s finest semi-professional orchestras which rehearses and performs at the B.J. Haan Auditorium at Dordt University in Sioux Center, Iowa. Under his direction, NISO performs several concerts each season, as well as the Concert for Children, which reaches over 1,100 school children. Dr. Stanichar is also founding music director of the Worthington Area Symphony Orchestra in Southwest Minnesota (since 2010)—a recipient of several regional grants, and broadcast regionally in a holiday special with the native American band Brulé on Pioneer Television (Minnesota PBS). Most recently he was chosen as a finalist to conduct Knox-Galesburg Symphony (Illinois) in a national search for a new music director, opening the season in October 2018.

Dr. Stanichar earned his doctorate of musical arts in conducting at the Cincinnati College-Conservatory of Music, where he was a student of the late Gerhard Samuel. He has attended master classes with Ilya Musin, Daniel Lewis, Gerard Schwartz, Ken Keisler, and Bystrík Režucha, among others. In 1996, Dr. Stanichar was awarded a Fulbright scholarship to study conducting in Slovakia, where he appeared as a guest conductor of many top orchestras in that country. He is the former conducting assistant for the Cincinnati Symphony Orchestra and Cincinnati Pops, where he was mentored by maestros Jesús López-Cobos and Erich Kunzel.

Dr. Stanichar served as the conducting assistant for the Cincinnati Symphony Orchestra, working closely with maestros Jesus Lopez-Cobos and Erich Kunzel. He received a Fulbright Scholarship to the Slovak Republic, allowing him to study and conduct professional orchestras in the homeland of his ancestors. Dr. Stanichar graduated with a doctorate degree (D.M.A.) from Cincinnati College-Conservatory of Music. He has been appointed as music director to several exceptional orchestras: Seven Hills Sinfonietta (Cincinnati), Orchestra Omaha, Heartland Philharmonic Orchestra (Omaha) and the Tri-City Symphony Youth Orchestra, and is the founding conductor of the South Dakota Symphony Youth Orchestra.

Dr. Stanichar is an active composer; his works have been commissioned and performed throughout the world. His original work, Trisagion, was used in Ric Burns’ PBS documentary, Andy Warhol. More recent projects include a full-length cantata, St. Mark Passion, written for the 150th anniversary of Augustana University as part of a Granskou Grant. He also composed Pink Ribbon for Susan for clarinetist Christopher Hill in honor of his wife, Susan, who fought a courageous battle with stage 4 cancer. TrevCo-Varner Music publishes several of his works for English horn. His composition, Tales of Hans Christian Andersen, is the first concerto for nyckelharpa, a Swedish folk instrument, which premiered with the Hastings Symphony Orchestra in Nebraska. This work was nominated for a Pulitzer Prize in 2014.

In his free time, some of Dr. Stanichar’s interests outside of music include foreign languages, biking, and Russian icons. He is also an avid pinball player (he has owned two machines). The most important thing to Dr. Stanichar is his family, and all of his children are active in music. For more information about Dr. Stanichar and a catalogue of his compositions, please visit christopherstanichar.com. 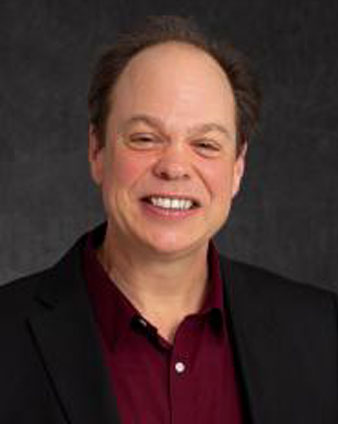